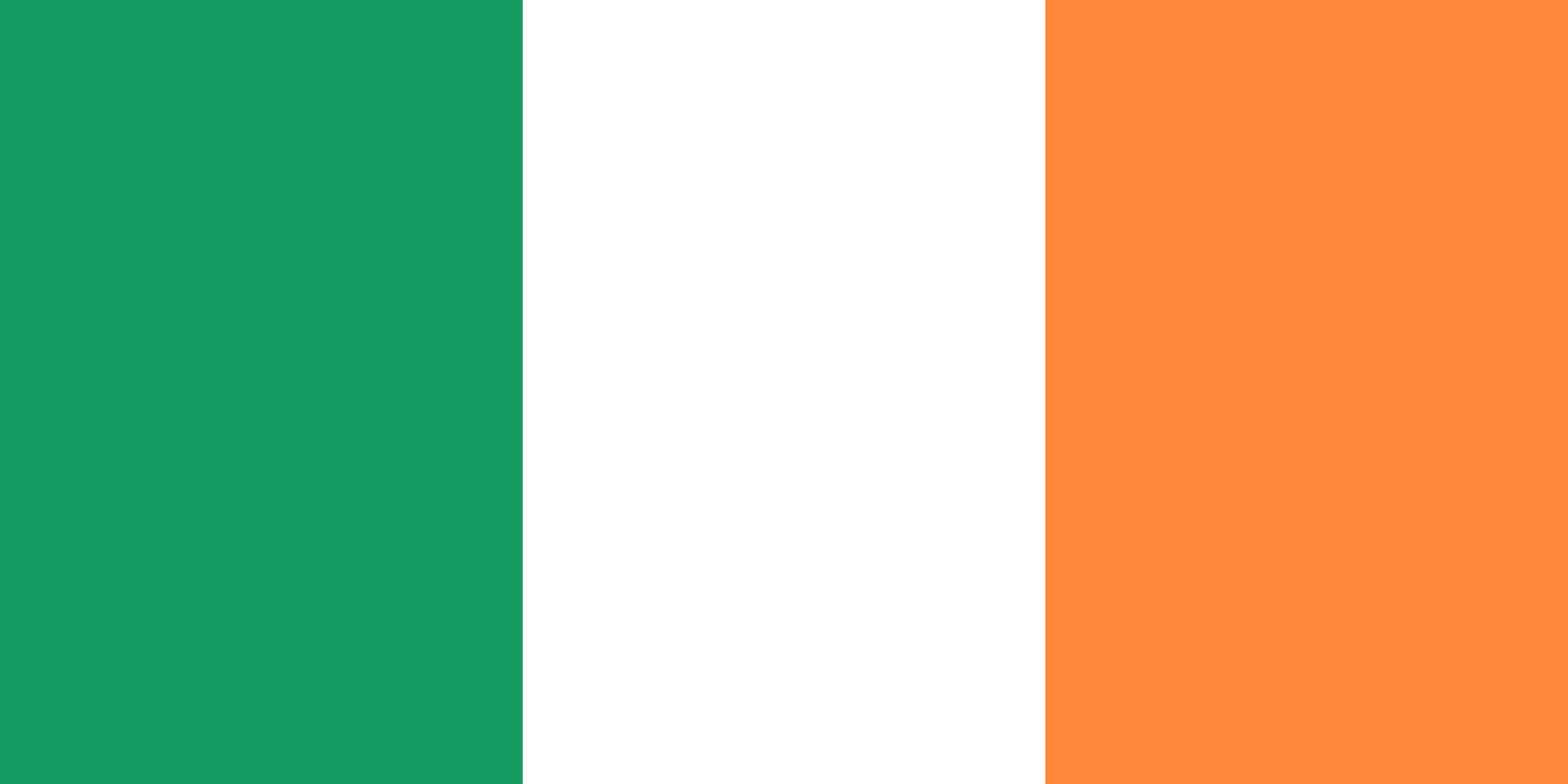 In August 1971, the British Army initiated Operation Demetrius, which saw the mass arrest and internment without trial of 342 republican suspects. The operation was a response to the 320 shootings and 300 explosions in the first seven months of 1971, which saw over 600 people hospitalized and millions of pounds in property damage.[i] The British Army’s two-day operation, from 9-10 August, was accompanied by a further two days of rioting and some twenty-two people were killed across Northern Ireland during the four days—eighteen of them civilians.

Operation Demetrius was aimed solely at the Catholic, nationalist population. Witnessing this, loyalists from the neighbouring Springmartin Road taunted nationalists in Ballymurphy, singing ‘where’s your daddy gone’, an improvised version of Middle of the Road’s 1970 hit single ‘Chirpy Chirpy Cheep Cheep’, before throwing bricks and bottles, which eventually grew into a gun battle between both sides. When the Army arrived, British soldiers took up positions alongside loyalist gunmen, firing indiscriminately at those within Ballymurphy. While the Army initially announced it had taken a great toll of ‘gunmen’, it subsequently transpired that of the twenty-two killed, only two were IRA Volunteers.[ii]  Seven Ballymurphy civilians, including a priest, were killed while attempting to help children flee the area, or while trying to aid those injured, while a further three were mortally wounded.

The British Army’s killings in Ballymurphy in 1971, which were not properly investigated for 50 years,[iii] prompted Belfast republican singer-songwriter Gerry Óg to write ‘The Ballymurphy Massacre’. At over seven minutes long, the song provides an extensive and relentless account of the events that took place between August 9-11, 1971. Through a series of vignettes, the verses offer a window into the lives of those killed, while the chorus underlines to the community’s determination that the massacre never be forgotten. The song is performed mournfully, at a slow pace, accompaniment by a fingerpicked acoustic guitar. The rough texture of Og’s voice enhances the song’s emotive subject matter, which is further heightened by his hailing from the area.

Unlike later atrocities, such as Bloody Sunday,[iv] the media was not present during the Ballymurphy Massacre and so reports of the event were slow to surface. Those accounts that did emerge were not widely disseminated and so much of what happened went unnoticed by the wider world. When asked why he wrote the song Óg replied:

They butchered those people’s names for years and years . . . They shot a fella dead in a field who they thought was dead, but when the priest came up and tried to help him, he seen that he was still alive. He went onto the field, waving a white handkerchief…He was waving that there so that they wouldn’t shoot him, and they shot him dead as well … so that’s what you’re up against. That’s where the song comes from. If we didn’t write these things, you’d never hear about them (Óg 2015).

Óg’s answer points to how music and song can serve as an important vehicle in the pursuit of social justice, articulating victims’ voices and saving them as sonic monuments. That ‘The Ballymurphy Massacre’ is still performed in Belfast and beyond illustrates how the event is remembered and replayed. Further, Óg’s own repetition of the word ‘butchered’, taken from the final line of the first verse, hints at how songs can function as a powerful mnemonic in the service of memory and commemoration. That Óg explicitly identifies song as crucial in helping to articulate and disseminate a counter narrative to that offered by the British media establishment chimes with previous generations of republican songwriters and illustrates that this is a deliberate and tactical move on the part of musicians.

Before the break of dawn on August ninth, nineteen and seventy-one,

You came to take our men and our boys, but worse was yet to come.

Came at us with your guns and your orders, and guaranteed free reign,

You took eleven innocent lives from us, then you butchered their good names.

Oh, we just want the truth, that your trying to hide, and you know that we won’t go away,

For all of Ballymurphy’s innocent victims, the wounded, the murdered and slain.

It’s been such a long time and you hoped we’d forgot, but the truth will come out in the end,

For a proud and unbroken people, with a spirit you can’t break or bend.

Father Mullan was blessing the wounded, while he waved white babies clothes,

You cut him down in cold blood, while he wore his clerical robes.

And the young Frank Quinn, just nineteen years, went to see what he could do,

And as he bravely went to Father Mullan’s aid, you killed him in cold blood too.

Then as the crowd began to gather, all around about the Manse,

You opened fire at the gathering, God they didn’t stand a chance.

And when the Para guns stopped firing, Dan Teggart lay there dead,

A man with thirteen children, shot fourteen times with lead.

Noel Philips, he lay there wounded, he was crying out for aid,

And Joan Connolly tried to help him, and just for that you blew off half of her face.

And you left her lying bleeding, she was wounded fatally,

Eight children without a mother, they saw the funeral while watching TV.

Then you came out in your armored car, to lift the wounded and the dead,

And at point blank range, executed young Noel, with two in the back of the head.

And you lifted an injured Joe Murphy, and beat him, and left him nearly dead,

And then you shot him with a rubber bullet, into the hole that you’d just made with lead.

Then you beat the bodies of the living and dead, with your fists and your boots and your guns,

Was it bloodlust, or drugs, or orders—your orders to “shock and stun.”

But your bloodlust just didn’t end there, there were still two days to go,

And you shot Eddie Doherty the very next day, as he walked from his parents’ home.

And still four more men were yet to die, by your bullets and your fear,

John Laverty, Joe Corr and John McKerr, you shot them from far and from near.

And for Paddy McCarthy, a heart attack, he was wounded, harassed and then beat,

But your mock execution, well that did the trick, without aid, made to lie on the street.

It’s been such a long time and you hoped we’d forgot, but the truth will come out in the end.

We are the kin of the Ballymurphy Massacre dead, and we’ll fight for the truth ‘til the very end.

[i] Brian Faulkner. (1978). Memoirs of a Statesman. Edited by John Houston. London: Weidenfeld and Nicolson.

[iii] In 1998, the families of those killed formed a campaign calling for an independent international investigation into the circumstances surrounding the deaths of those in Ballymurphy. Following an inquest that was dogged by complaints, a coroner’s report declared the victims entirely innocent of any wrongdoing on 11th May 2021. See https://www.judiciaryni.uk/judicial-decisions/2021-nicoroner-6

[iv] ‘Bloody Sunday’ refers to the events of Sunday 30 January 1972, where the British Parachute Regiment—the same regiment deployed in Ballymurphy—shot and killed fourteen unarmed civilians engaged in a civil rights protest in Derry. In 2010, after a prolonged public enquiry, the official report stated that those killed were wholly innocent and that blame lay squarely with the British Army. The events of Bloody Sunday inspired several Irish rebel songs, such as Tommy Skelly’s ‘Go on Home British Soldiers’ (1972) and Athenrye’s ‘Ordinary Sunday’ (1993), as well as those within the wider popular music scene, such as John Lennon’s ‘Sunday Bloody Sunday’ (1972), Paul McCartney’s ‘Give Ireland Back to the Irish’ (1972), and U2’s ‘Sunday Bloody Sunday’. For more on the more mainstream popular music scene during the Troubles, see Stuart Bailie. (2018). Trouble Songs: Music and Conflict in Northern Ireland. Belfast: Bloomfield.